Why Aren't There More CIO's on Boards?

Why Aren't There More CIO's on Boards? 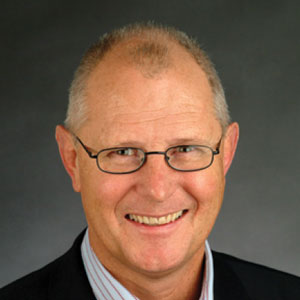 PWC put out a study in 2014 which said that the top 5 things that keep CEO’s awake at night are: Security, Mobility, Analytics, Cloud and IoT (In­ternet of Things). They are all technolo­gy related, and yet if you look at Boards, you find few CIO’s. What’s going on?

Don’t get me wrong–there are CIO’s on Boards. Our firm has been involved in a number of searches where forward thinking CEO’s and Nominating Committees have taken action. We say hats off to them. But why isn’t everyone doing it? Security is a key topic in the Boardroom, and every CIO I know is spending more and more time with their Boards, talking about what the company is doing. Hiring a great CIO is definitely part of the solution, but having a CIO on the Board is the next logical step.

Companies increasingly acknowl­edge that they are technology business­es. Early on FedEx realized this–the data about the package are as important as the package. A CIO I know said–“we are a technology company with wings”; an insurance CIO said “we are a data­base and software company operating in the insurance space”. Technology is increasingly at the core of the purpose of organizations. I have a simple definition of the universal company purpose–“to find and keep customers”. CIO’s used to be “leverage”–harmonization, standard­ization, cost reduction, but now they are “top line”. And if they are thinking top line, then my contention is that any ma­jor corporation needs to have a top cali­ber CIO on its Board.

“Hiring a great CIO is definitely part of the solution, but having a CIO on the Board is the next logical step”

In one organization where we placed a CIO on the Board, the CIO of that organization said to me “I am nervous about having someone who really knows IT at the Board level. My life may become miserable!” but a year later she said “it is the best thing that has happened to our company. I now have someone on the Board who understands how technology can enable, and helps me explain the technology journey, but with the credibility of an insider on the Board team”.

Changepoint: The Amalgamation of Strategy and Execution

Trisotech- The Digital Enterprise Suite: Embarking into the Digital Age

Exostrategies: A Toolkit for Enterprise Architecture

Infiniti Consulting Group: EA with a Focus on the Big Picture

Trisotech: The Digital Enterprise Suite: Embarking into the Digital Age

SNA Technologies: Bridging the Gap between EA and Implementation

Unlocking the Value of Connected Cars

Comprehensible Distribution of Training and Information...

The Current Focus is On Comprehensive Solutions

Big Data Analytics and Its Impact on the Supply Chain

Carmax, the Automobile Business with IT at the Core

The CIO's role in rethinking the scope of EPM for...

Transformative Impact On The IT Landscape

Get Ready for an IT Renaissance: Brought to You by Big...

Technology to Leverage and Enable

Speed is the Name of the Game

Disrupt Your Legacy Application Portfolio to Improve Security And...

Why a Credentialing Strategy Must be Part of Your Digital Strategy

The Convergence of IT with the Internet of Things Innovation

It’s On People: The Undeniable Cultural Impact in a Digital...

A Promising Road Ahead for Insurtech

Bolloré Logistics Australia becomes a global leader in the use of...

However, if you would like to share the information in this article, you may use the link below: