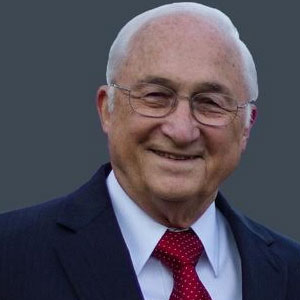 In 1980, we were having difficulty transforming the Enterprise Strategy into implemented systems, the instantiated Enterprise, because the strategies tended to be articulated in a somewhat abstract form like “Make Money,” “Reduce Cost,” “Grow,” Optimize,” “Market Share,” “Profitability,” “Stock Price,” etc. In contrast, the instantiated implementations, the “systems” looked like “01AE74 113C7E CA69F2” (if you were using hex) … or “110100 001101 101110” (binary).

Those of us who cared about this issue knew that even if we could get the strategy formalized in such a fashion that we could do some engineering kind of work with it, it still was a LONG way from Strategy to Implementation. We intuitively felt that “Architecture” had something to do with the logic that bridged the strategy to the implementation but we didn’t know what Architecture was for Enterprises.

We also knew that the CEO’s seemed to care about this issue too since “Alignment” kept showing up in the CEO surveys of the Top 10 Issues that DP (“Data Processing,” now called IT, “Information Technology”) had to address. In fact, “Alignment” STILL tends to show up in the Top Ten IT issues in CEO surveys.

The CEO’s appear to be saying something like, “we are spending a LOT of money down there in IT and I am not sure what is being done with it because it doesn’t seem to be ‘aligned’ with what I think the Enterprise is.”

Some people might suggest that nothing has changed … in fact, “Alignment” is still showing up in the top ten issues that CEO’s consider critical for IT to address.

In any case, back in 1980 we had this sense that somehow “architecture” was involved in this issue.

I had a personal friend who was an Architect, a building Architect. It was easy for me to visit my friend to determine what architecture is for buildings, for example.

What I discovered was shocking!

But, there was another startling discovery. Each of the above variables is described from varying perspectives.

Not coincidently, I am sure, these transformations are completely consistent with the philosophy concept of “reification.” Aristotle and Plato and others knew that an idea you have must go through these five transformations (to instantiation) if you want the instantiation to have any relationship with the idea at the conclusion.

No, everybody in the building industry already knows and agrees as to what Building Architecture is. It is not arbitrary and not negotiable … in fact, it is regulated!!!

​The structure of the descriptive representations that are used to design and manufacture ANY building, complex or simple, large or small, is identical.

If every programmer, every database designer, every data architect, every application developer, every project manager, every CDO, every CTO, every CIO, every CEO, every system user wants to define Enterprise Architecture the way they want to define it, we are going to have more of what we already have … LEGACY. Old, existing Enterprises. Look around the world!

Until we, the information industry, agree that this is Enterprise Architecture, since it is architecture for every other known object humanity has ever created, we are only going to create more of what we already have.

The good news for CIO’s is, because the media for the Enterprise descriptive representations is the same as the media of the Enterprise instantiations (the systems), we don’t have to do this all at once! This enables us (IT … somebody) to build this out iteratively and incrementally, little by little, over some long period of time … maybe perpetually … forever. It simply has to be GOVERNED.

In fact, personally, I would start with the CEO’s problem and only populate those portions of those Framework Cells that are required to solve his or her problem. This would kill THREE birds with one stone … first, we solve the CEO’s problem (which makes them happy); second, ensure we will never again be a solution in search of a problem (mis-aligned) and third, formalize Enterprise Architecture little by little in order to deliver flexibility, integration, interoperability, and so on in the process … the Enterprise Engineering Design Objectives that have been so illusive since the origin of IT!

Changepoint: The Amalgamation of Strategy and Execution

Trisotech- The Digital Enterprise Suite: Embarking into the Digital Age

Exostrategies: A Toolkit for Enterprise Architecture

Infiniti Consulting Group: EA with a Focus on the Big Picture

Trisotech: The Digital Enterprise Suite: Embarking into the Digital Age

SNA Technologies: Bridging the Gap between EA and Implementation

Unlocking the Value of Connected Cars

Comprehensible Distribution of Training and Information...

The Current Focus is On Comprehensive Solutions

Big Data Analytics and Its Impact on the Supply Chain

Carmax, the Automobile Business with IT at the Core

The CIO's role in rethinking the scope of EPM for...

Transformative Impact On The IT Landscape

Get Ready for an IT Renaissance: Brought to You by Big...

Technology to Leverage and Enable

Speed is the Name of the Game

The State-Of Machine Learning Adoption in the Enterprise

Does your VPN policy reflect the new reality, and what risks do you...

However, if you would like to share the information in this article, you may use the link below: